On December 1, 2004, my life was forever changed by a diagnosis of 4th stage Follicular B-cell Non-Hodgkin’s Lymphoma. A couple of harrowing months later, I was “in remission” (no sign of cancer in my body). For sixteen years, I have always attributed that success to the many prayers of friends, family, and strangers; a great oncologist who prescribed an amazing drug called Rituxin; and the amazing grace of my Lord and Saviour who (for reasons unknown to me) loves me way more than I deserve.

For a disease that is measured by “5-year survival rate”, sixteen years of remission is pretty darn good. I have been blessed indeed.

Sixteen years ago, they did say that my form of cancer was not curable. They said that they it would return someday. Well, I guess “someday” is today.

On Monday, December 7, 2020, I got the diagnosis that my lymphoma has returned.

There’s this “wonderful” paranoia that comes with being a cancer survivor. For the last sixteen years, I have scrutinized (with dread) every bump, bruise, rash, and pain wondering is this the return of “the beast”? So then, this tiny rash appeared on my head – in the exact same place that my lymphoma appeared the first time! On top of that, it looked like the rash that I had the first time. Back then, I waited too long and it was a lot bigger when I finally did anything. (You can see pictures of it here). So when they told me that my cancer had returned, I was not too surprised. I had hoped that this day would never come, but deep down, I always knew it was an unrealistic expectation.

There is good news.

Best case scenario: we kick lymphoma’s butt back into remission for another 16+ years. God gets all the glory.
Worst case scenario: lymphoma kicks my butt and I get to see Jesus face-to-face and spend eternity with him sooner rather than later.
Either way, it’s a win-win situation.

The next step is to figure out how much the lymphoma has progressed. On Monday Dec 14, 2020, I go in for a PET scan to see where, in my body, they can find traces of the cancer. If they find it below my belt, they’ll call it 4th stage (again).

Stay tuned. I plan to update my blog more often with details/progress.

Me, before working at UPREHS 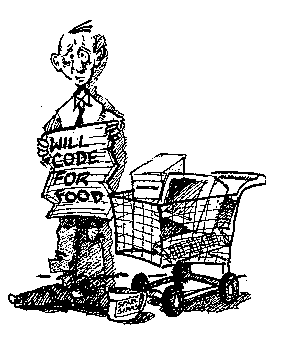